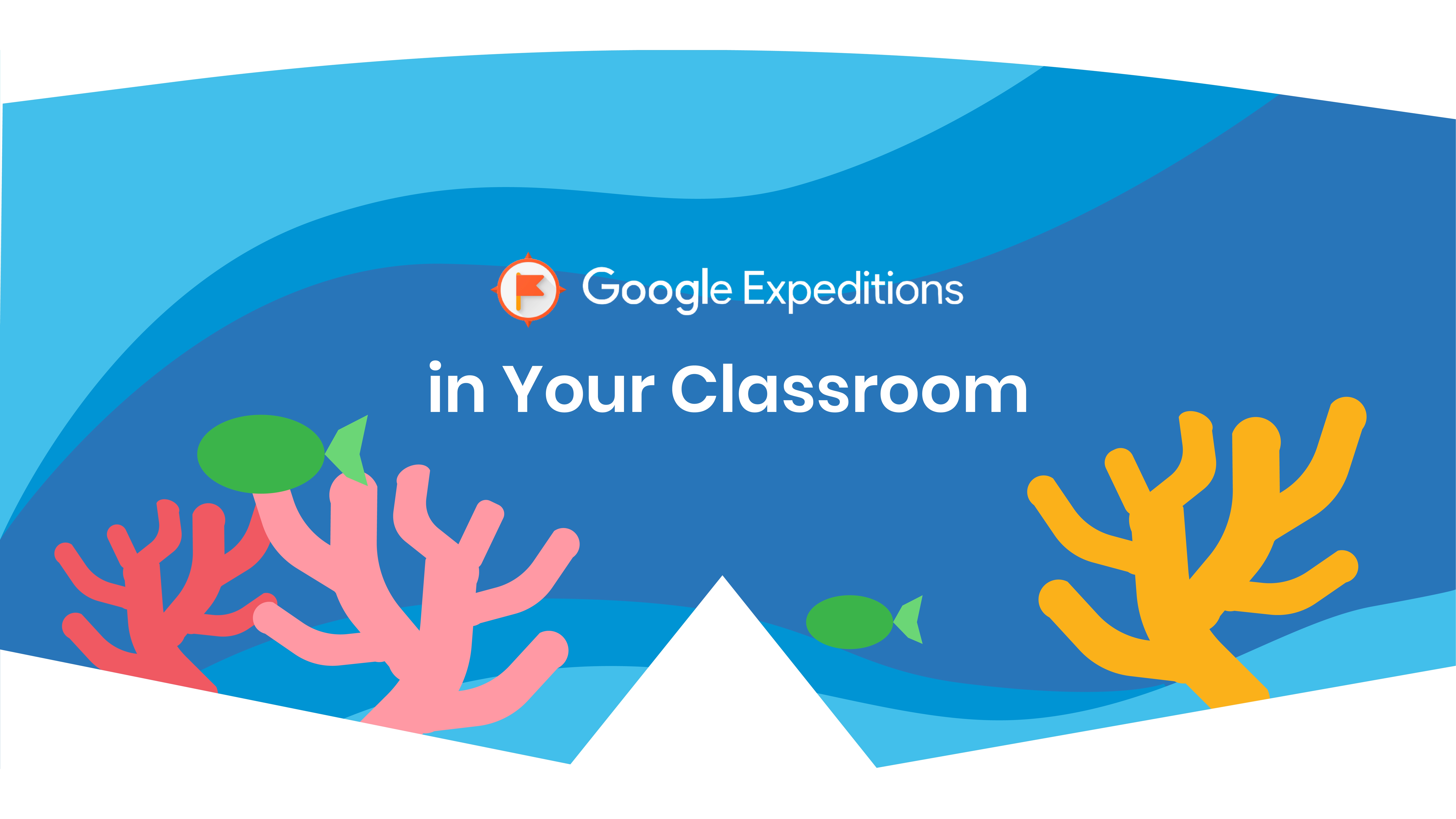 If I asked you about your favourite memory of school, what would you say? I am pretty sure the vast majority of you, like me, would say something about that excursion you went on where you were able to experience dinosaur skeletons at the museum, or rock pools at the beach. Mine was actually the school visit to the planetarium; mind blown. These visceral, experiential moments in our schooling are sometimes even more vivid when contrasted with the general classroom experience, where often, these wonders of the world were shown to us via a slightly grubby textbook or on a poster. Wind forward to today and learners can access the most incredible artefacts, videos and images through amazing technology like YouTube or Google Earth. But the problem with such technology is that, at times, it can be used in as boring a fashion as an old textbook; a passive exposure to a scene without context or authenticity.

Enter Google Expeditions. Imagine a class full of children taking an immersive, guided tour through some of the cultural gems and natural marvels of our world (and even some off planet!). The idea that we could access 360, immersive imagery was like science fiction a few years ago, until Google combined the power of VR headsets with gigapixel quality imagery and the Expeditions software which provides detailed background notes on each scene.

I was lucky enough to run Expeditions at a school in rural NSW with a group of Year 1s last year. The children were buzzing with excitement at the prospect of visiting the Great Barrier Reef and I explained that, when they put the viewers over their eyes, it would feel like they were in the water so they should not forget to breathe. My favourite part of running an Expedition, especially the first time, are the spontaneous and uncontrollable ooohs and aaahs of the participants. This class was no exception and there were squeals of delight as some of the children managed to complete my challenge of Finding Nemo. But then I noticed one little girl, becoming upset. My teacher instinct kicked in and I knelt down beside her and asked what was happening. She turned to me and told me, with an earnestness that only a very young child can, that she was just a little bit frightened of all of the fish and that she had never been to the sea.

Until recently, actually getting hold of a class set of hardware to run Expeditions was extremely difficult and you had to source the individual phone handsets, find or repurpose a router a buy an Android tablet yourself. Thankfully, the team at Lumination have put together a very affordable, complete kit for schools. Each kit includes either 10, 20 or 30 student VR Devices, Lumination VR Headsets, a tablet device to run the Expeditions, multi-port rapid chargers, an Expeditions Router and a Pelican Case and storage.

Once your school has their hands on one of these Lumination kits, the possibilities are endless. Imagine being able to take your whole class on a virtual field trip to the Great Barrier Reef or the North Pole. Do you want to explore the journey of the Mars Rover or visit the 7 wonders of the modern world? Do you want the class to visualise the nervous system or travel the Silk Road?

With the Lumination kit, the teacher no longer needs to be the only person who does the teaching. Why not hand the tablet which controls the Expedition over to a student and allow them to run the Expedition with their class, stepping into the shoes of an expert using the pre-prepared notes. Or even more exciting, why not set the home learning task for students to do their own research into one of the Expeditions and create their own notes so they can guide their classmates on their own custom made Expedition.

Google has created incredible software in Expeditions and Lumination has developed a practical and affordable hardware solution. Now it is up to you and your learners to unleash your learning creativity when time and distance are no longer a barrier to an authentic learning experience, virtually.

5 ways that virtual and augmen...

TFE Solutions is now Lumination. We can't wait for you to see our new range of products and services!